Solitude is strength? Hmm … we at Tooltec choose not to subscribe to that theory. Just look at our story. We are actually the result of a successful merger between two strong brands: Tooltec and Högmans Industri Verktyg. And precisely that acquisition laid the foundations for the advanced production service we provide for our customers today. But let’s go back to the beginning … 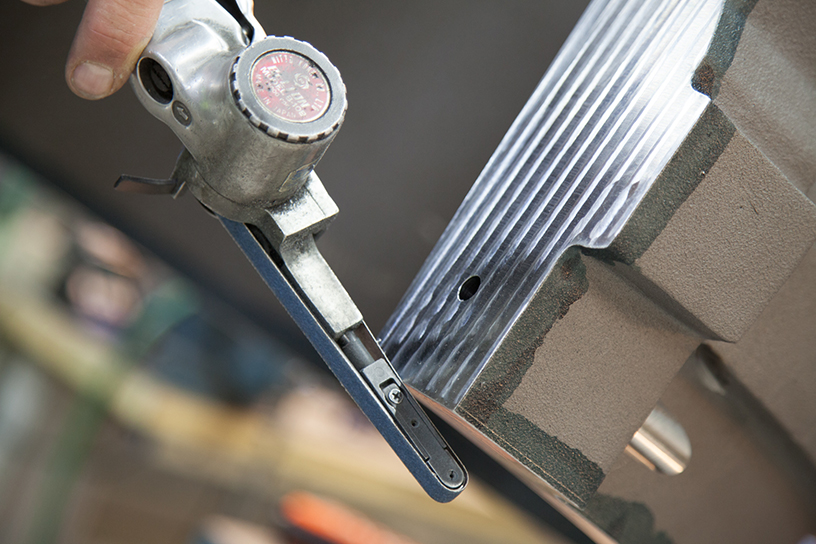 Tooltec was founded in 1986 by Bertil Lindahl. On the basis of extensive experience from Volvo Aero, he had the courage to bank on his own enterprise, and his business philosophy was simple: his company was to manufacture complicated components that demanded knowledge of shaping by cutting for the aeronautical industry. No sooner said than done. However, the company quickly expanded its area of operations and gradually became a world leader in the manufacture of tools for making vehicle tyres. The customer in this case was Gislaveds Däck, and Tooltec continued to grow.

History was written again in 2006 when Tooltec acquired the Trollhättan-based enterprise Högmans Industri Verktyg. A company steeped in tradition that was founded in 1947 by Elis Högman. This company, too, supplied specialist tools to the aeronautical industry – which suited Tooltec down to the ground – and on account of the shared knowledge and experience of the two companies, this was truly a match made in heaven. In just the same way as our customers are developing, our business continues to expand, and another major deal was closed on 1 April 2014. Claes Haraldsson, CEO of the company, teamed up with Lars Dahl, owner of Sibbhultsverken and Lars Sjöberg, who owned Elektroautomatik AB, and purchased Tooltec from Bertil Lindahl.

In April 2016, Lars Dahl left Tooltec, and the rest is history. Two companies became one, and the entire operation is now run under one and the same roof at the facility on Kardanvägen.